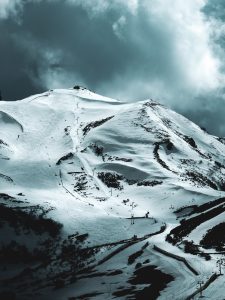 Alpine skiing is to descend a hill or mountain covered with snow by sliding down on Ski equipment. Although alpine skiing by itself is not an extreme sport and even 3 years old kids can do it by a little training but it is very extreme when you speed up or jump or go off-piste.

Ski Lovers are all over the world and the number of skiers grown every year, most of them do it for fun or sport, they usually go to ski-resorts and use ski lifts to go to the top and ski down on groomed snow in the piste but there are some pros who ski off-piste on fresh powder snow, jump off the cliff or do acrobatic jumps. In many ski resorts, there is a designated area called Park & Pipe which provide with a lot of jumps, halfpipe, rails and …

There is an activity called Heliski which means skiers go to the top of the mountains with a helicopter and ski down on powder snow, Hans Gmoser is the first who operate heliskiing in Canada by Canadian Mountain Holidays (CMH). Some countries like Germany, Switzerland and Austria put some bans on Heliskiing.

Ski Jumping is a competitive sport which competitors speed up from a ramp with special ski equipment and jump. The jump length, Style and gate factor affects their score. The world record of longest Ski jump is 253.5 meters (832 Ft.) by Stefan Kraft. Ski Jumping in Vancouver, British Columbia (BC), Canada has various kind of hills in Whistler, Vancouver, Squamish, Revelstoke, Wells, Prince George, Hollyburn Mountain …

There are a lot of competitions in alpine skiing like Winter Olympic and World Cup which skiers compete in many categories like Slalom, Giant Slalom, Super G Slalom, Combined, Downhill, Racing, Moguls, Half Pipe and … 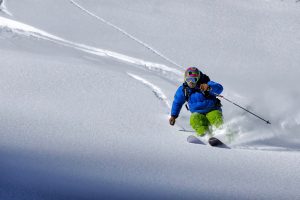 Some of the most popular companies to supply Alpine Ski gears and clothing are: 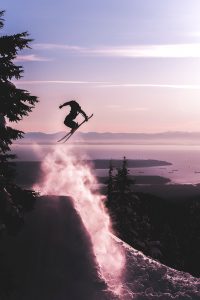