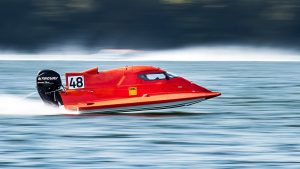 Powerboat Racing is an extreme adventure sport which boats are racing together or solo for time record. The history for boat racing is unknown, some say ancient Egyptians did boat racing by oar.

This sport in professional level is one of the most dangerous sports in the world which killed a lot of drivers during races. It takes places inshore and offshore in many categories.

The most famous inshore powerboat racing competition is Formula 1 Powerboat World Championship (F1H2O) organized by the Union Internationale Motonautique (UIM) which drivers should get a super license and pass a medical test. It is a Grand Prix style event which teams compete around the world.

The highest class of offshore powerboat racing competition is Class 1 World Powerboat Championship. It is one of the most spectacular and dangerous motorsports in the world with a lot of followers. Minimum Boat weight is 4950kg (10,913 lbs) with a V8 or V12 twin turbo engine (850 hp) and can exceed the speed of 260 km/h (161 mi/h). 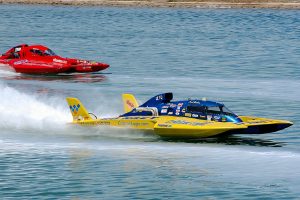 Powerboat racing in Vancouver, British Columbia (BC), Canada has various kinds of choices because of the Pacific Ocean and lakes in the state like Kootenay Lake, Okanagan Lake or Cariboo Lake. There are many regulations, license and permit requirements for Powerboat racing across Canada. 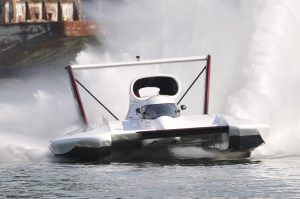